Home/Uncategorized/What is e-liquid: everything you need to know about vape juices

What is e-liquid: everything you need to know about vape juices

E-liquid (also known as e-juice) is the substance inserted into a vape pen that gives vapor its flavor and nicotine (if the vaper is using nicotine e-liquids). When the vape pen is in use, the battery will provide the energy to heat up the e-liquid, turning it into a smooth vapor when inhaled. Offering complete versatility, e-liquids allow vapers to experiment with e-liquid flavors in a choice of non-nicotine or nicotine strengths. 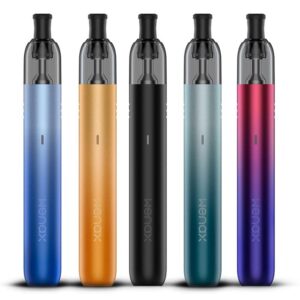 Whether you’re looking for nicotine e-liquids or 0% nicotine e-liquid, at blu we have a selection of products to choose from. Compatible with the blu PRO device, blu Liquids are available in a number of flavor options to suit various tastes, Over seven thousand flavors exist including cherry, coconut, berry blast, fresh apple, sweet tarts, cinnamon and even tobacco. It would be impossible to list all of the chemicals that create the flavors here, but one chemical that stands out is diacetyl. Diacetyl is commonly used to create a buttery flavor to popcorn. While this chemical is believed to be perfectly safe to inges